“Modern Carpet with Endless Entertainment for you Friends”

Heath Robinson is a British artist famous for his illustrations of ad hoc mechanisms for every day tasks. Although overcomplicated and exaggerated, those mechanisms raise an important point on tactile relationship between built environment and our daily rituals and habits. Or as Juhani Pallasmaa once put it: “a doorknob is a handshake with the building”.

Simultaneously marking 150th birthday of the artist, “Modern Carpet with Endless Entertainment for you Friends” is an interactive installation, which recreates one of Robinson’s illustrations taken from the book “How to Live in a Flat”. The carpet consists of several board games and will be available for visitors to interact with.

During the game, the interaction between visitors becomes almost choreographic and is achieved through engaging a simple interior item – the rug. The act of participation in people’s daily lives is something that is imbedded in Robinson’s mechanisms through physical engagement with spatial surrounding or objects.

The installation was designed and organized by Akezhan Zhunussov, commissioned and exhibited by Heath Robinson Museum and hand tufted locally by Sophie Robinson. 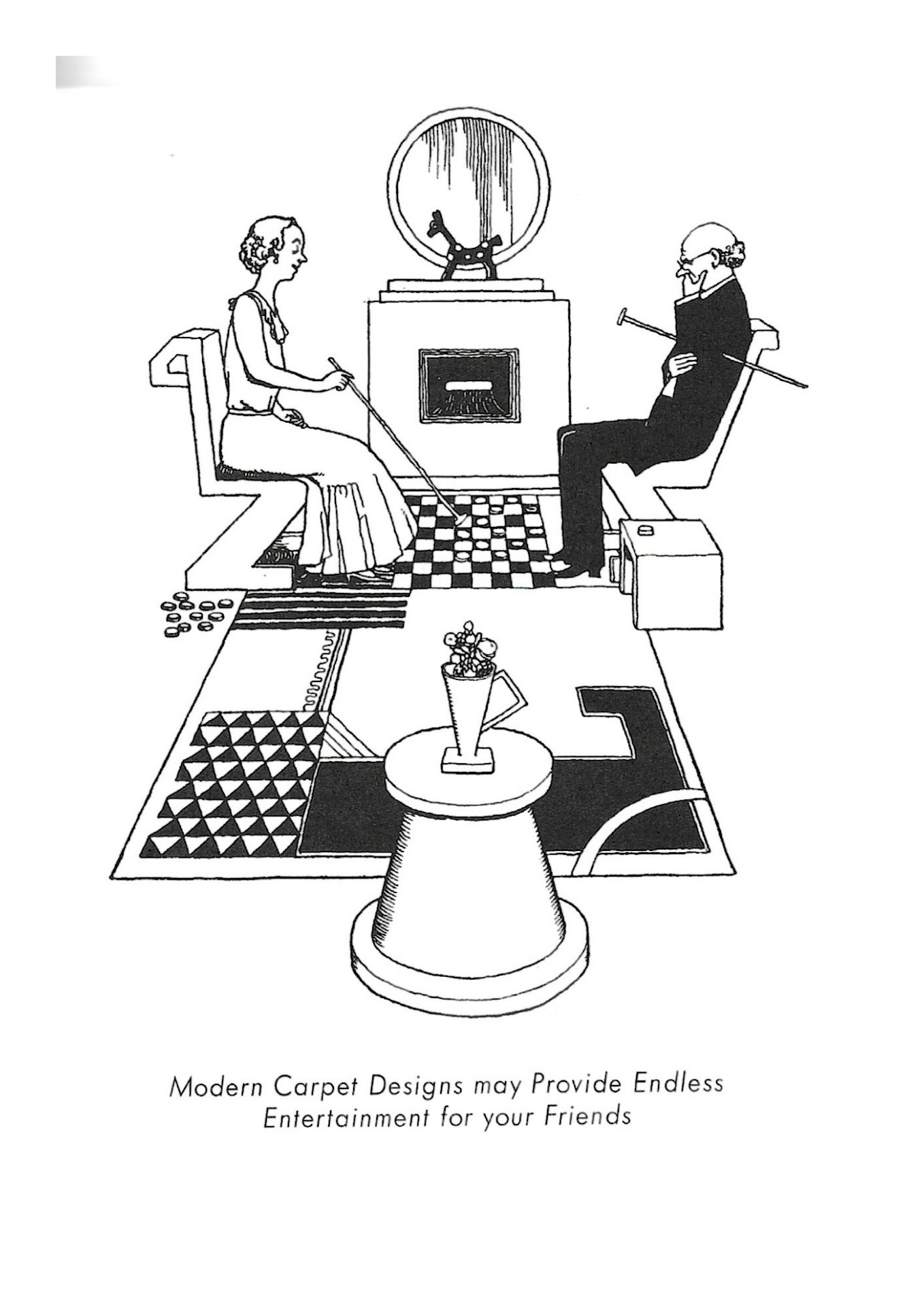 PLEASE NOTE: The museum is open from Thursday to Sunday 11am to 4pm! Pinner is in North-West London and is on the London Underground, Metropolitan Line, just 25 minutes from Baker St. The Museum is less than 10 minutes’ walk from Pinner station (lifts in station serving both platforms). Four buses stop even closer, on Bridge St: H11, H12, H13 and 183. If you are arriving by car, the postcode is HA5 1AE. There is a small car park at the museum with Blue Badge dedicated space. The main car park is at the bottom of the park (right out of the museum car park, right at the mini roundabout into Chapel Lane and right just before the railway bridge). From there, it’s just five minutes’ walk up through the park to the museum. Follow the direction of the sculpture!